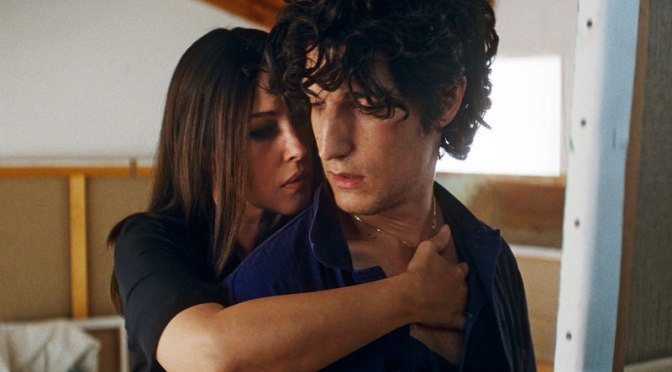 Love is a tricky thing. Everyday, people fall in and out of love. Films document this emotion quite effectively, French films in particular. One such piece of cinema is A Burning Hot Summer, a movie about relationships that thrive and others that suffer. It is a film with heart, harsh realism and layered performances. Premiered at the 68th Venice International Film Festival and now out on DVD, this is the perfect movie to watch when you’re in the mood for a cinematic experience which mirrors reality.

Angele (Monica Belucci) and Frederic (Louis Garrel) are an attractive French couple living in Rome. One summer, they have their friends stay with them, Elisabeth (Celine Sallette) and Paul (Jerome Robart). While the two couples spend the summer together, trouble strikes paradise. Angele starts to fall out of love with Frederic and this shift in feelings affects everyone in the house.

The acting in A Burning Hot Summer is what makes it a quality film. It’s as if the action is really happening. This is due in large part to the entire cast and crew’s dedicated work. The four main cast members play their parts very well. It almost looks like a documentary because the performances are so raw and believable. The screenplay is also quite good and the dialogue seems to just flow out of the actors’ mouths. Director Phillippe Garrel shot the film exquisitely. The camera shakes a bit to enhance the gritty realism of the film. Few films today are made with such emotional intensity but thankfully,A Burning Hot Summer is here.

There is a trailer for the film and that’s it.