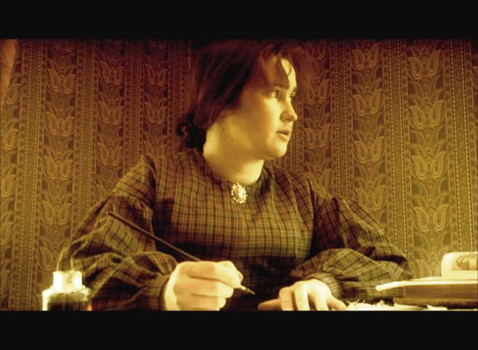 The American Civil War was a time of social and political unrest. Hundreds of thousands of lives were lost and untold amounts of property was damaged. The war between the states was a nasty time for many including those in love. Married couples were torn apart when husbands were sent to the front lines to risk their lives for the unfortunate purpose that is war. The PBS documentary Love and Valordetails the relationship between a Union captain and his wife through the written letters they would send one another.

Written, produced and directed by Charles F. Larimer, great-great-grandson of the documentary’s subjects, Love and Valor follows Union soldier Jacob Ritner and his wife Emeline and their correspondence during the Civil War. It’s fascinating to see how their lives were changed and affected by the war. The love and devotion they had for one another was strong and poignant. The documentary style really gives the viewer a great sense of realism and the wonderful narration by actor Brian Dennehy adds to the program’s classy feel.

Relationships between specific couples aren’t explored very often when it comes to the Civil War but Love and Valor does so in a meaningful and interesting way. It may not be for everyone but this documentary touches on a very specific topic: love. The editing and writing are pretty top notch and the voice acting is also quite good. Mr. and Mrs. Ritner were in love and Love and Valor showcases their marriage in a beautiful way; a beautiful relationship set against a very ugly time.

There are no bonus features for Love and Valor.