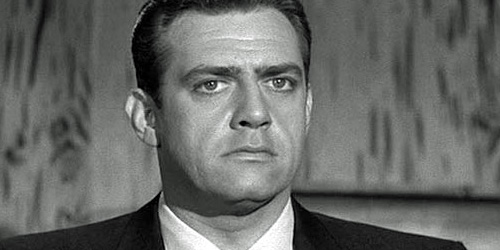 In 1957, the overly dramatic legal drama Perry Mason premiered on CBS. In it, Raymond Burr played the titular role for nine seasons and he even appeared in the role for 26 made-for-TV films after the show’s run. 1966 was the final year for the Perry Mason series and fans can now rejoice as they complete their DVD collection with season 9: volume 2.

In every episode, Mason is assigned a client who he must defend in the pursuit of justice. He is sharp, focused, highly intelligent and will never rest until his job is done. His clients range from kidnappers, murderers and everything in between. His methods may seem unorthodox at times but this simply the way in which Mason works and his clients seem to benefit from this.

I can see why some viewers may have found Perry Mason appealing in the time period in which is was shown, but nowadays, it just comes off as corny and cartoonish. There is very little suspense here and the acting is at times, pretty atrocious. Burr does his very best as do all the other actors including Mason’s secretary Della Street (Barbara Hale) and private eye pal Paul Drake (William Hopper) but they all come off as bland and one-dimensional. If you are a hardcore Perry Mason fan, then this 4-disc DVD set would be right at home in your collection but if you are not a fan of Burr and his friends, then this is just a big waste of time. Case closed.

The bonus features for Perry Mason: The Ninth and Final Season, Vol. 2 are very light. They consist of just one, an intro to The Case of the Twice-Told Twist by Barbara Hale.