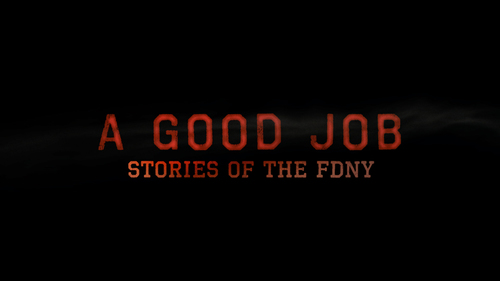 When it comes to emergency situations, fires rank very high. Blazes damage property, injure people and sometimes, take lives. They are feared by many and are sometimes, uncontrollable and it takes a certain type of personality to combat these terrible forces. Firefighters are the heroes who are called to extinguish the flames and save lives and the new HBO documentary A Good Job: Stories of the FDNY shines a spotlight on the brave individuals, soldiers who go toe to toe with fires, put them out and rescue those in the process.

Produced and hosted by former firefighter himself, Steve Buscemi, A Good Job is a gripping and often raw documentary which shines a light on the gallant men and women of the FDNY, saving those who need saving. We get a close look at the lives of a firefighter, their training and their sacrifices. Through candid interviews and powerful anecdotes, the viewer gets a firsthand look at exactly what these bold rescuers go through.

Shot in the traditional documentary format, A Good Job focuses on the firefighters’ interviews. Each and every one of them tells a small story in the long, interesting history of the FDNY. Each is important in its own right and highly educational. New York has had many infernos and instances that call upon the FDNY to rise to the occasion. From department store blazes, to apartment infernos up until 9/11, the FDNY has seen it all and are equipped and ready to tackle any challenge.

With Steve Buscemi as host, A Good Job is a classy affair every step of the way. Buscemi has a comfortable way about him and just seems like a nice guy to be around, sharing his FDNY experiences and interviewing those currently working as firefighters. He even goes back to his old firehouse to visit some old chums. This moment in particular, is sweet and genuine. He helps prepare a meal and he and his FDNY brothers joke around and enjoy one another’s company. This is without a doubt, the highlight of the film.

No stranger to high quality and expensive filmmaking, HBO has spared no expense utilizing Boardwalk Empire and The Sopranos’ Steve Buscemi, a truly gifted  actor and according to A Good Job, a dedicated and hard worker in the FDNY family. His celebrity isn’t at stake here, however it doesn’t hurt the proceedings. His fame is what will probably lure most viewers but that is only the beginning. Once the documentary starts, you realize that this is a film about heroes and their personal lives and how their stories helped shape the department.

A Good Job is a simple documentary with emotional stories and testimonials of real-life heroes. Buscemi helps boost the film to great heights but it is the everyday men and women who go out there and take care of business. These people risk their lives to save others and that is truly remarkable. A Good Job is a well-made film with a powerful message and that message is that when people need saving, there are those who will rise up, no matter what, to save them.