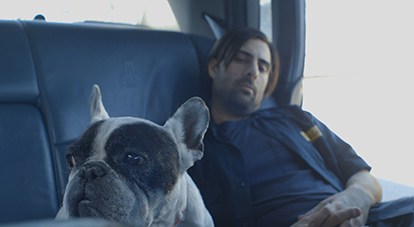 Spotlight Pictures is known the world over for its wide range of quality independent cinema. The company specializes in the selling and distribution of films to the masses. They are truly on top of their game and their latest acquisition is that of the offbeat dramedy 7 Chinese Brothers starring Mr. Jason Schwartzman (Rushmore, I Heart Huckabees), Eleanore Pienta (See You Next Tuesday, Bad at Dancing), Stephen Root (Office Space, NewsRadio) and Academy Award-winning actress Olympia Dukakis (Moonstruck, Look Who’s Talking. The film is written and directed by Bob Byington (Somebody Up There Likes Me, Harmony and Me) and is proving to be pretty spectacular. 7 Chinese Brothers follows Larry (Schwartzman), a young man who bounces from job to job only to fall head over heels for his current supervisor (Pienta). The film is produced by Faliro of House Productions.

Spotlight Pictures CEO Matt McCombs made the announcement on May 18th, 2015 and 7 Chinese Brothers premiered at this year’s South by Southwest Film Festival (SXSW) with reviews, so far, being quite positive. This year’s Cannes Film Festival is the setting in which Spotlight Pictures’ Head of Acquisitions & U.S. Sales Carlos Rincon and producers Seana Flanagan and Nancy Schafer are currently making the sales deal.

In addition to 7 Chinese Brothers, Spotlight is responsible for five other films which are debuting at Cannes. Those films are the coming of age drama Yosemite, the animated Polar Adventure, the romantic comedy Ely and Naomi’s No Kiss List, the dramedy Hits and the British comedy Chicklit. Spotlight Pictures is really making its mark on the independent film scene and there’s no telling how high this company will go.