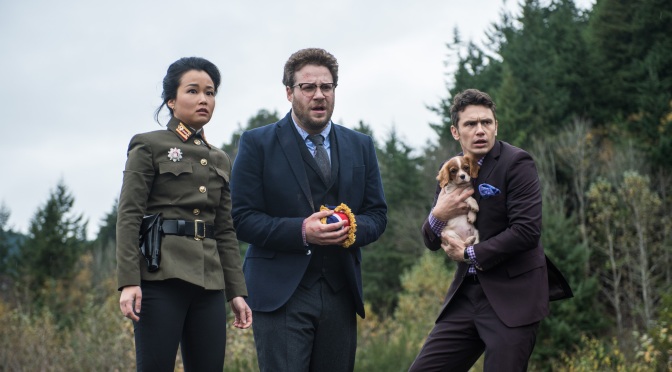 When one thinks of Seth Rogen/James Franco-headlined comedies, one normally doesn’t think of international controversy. The new comedy The Interview has been under the microscope in recent months, not because it is clever and ridiculously funny but because it’s premise is one that has offended and caused some much heated debate. The film focuses on North Korean leader Kim Jong-un and two American journalists sent to the Supreme Leader’s home country to assassinate him. It is a simple film with lots of laughs but the subject matter isn’t for all tastes especially with Sony Pictures Entertainment (the studio responsible for releasing the film) falling victim to a recent internet hack. North Korea denied involvement with the hack and the film was released to smaller art house theaters to avoid further problems such as a potential terrorist attack.