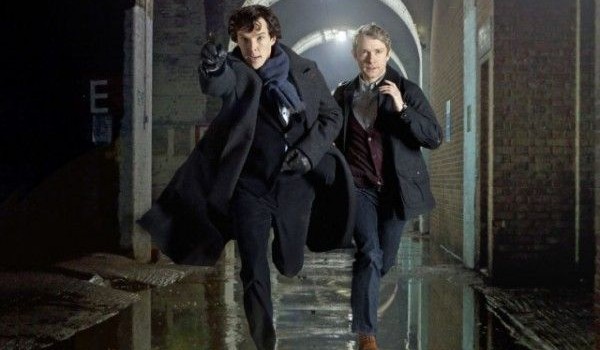 “Elementary, my dear Watson.” You won’t be hearing that line said in BBC’s Sherlock, a modern retelling of Sherlock Holmes. In fact you won’t be hearing or seeing many recognizable aspects of Sir Arthur Conan Doyle’s famous fictional “consulting detective” since this is a completely new version of the character.

Since 1887 Sherlock Holmes has been one of if not the most popular fictional crime fighters of all time. He has graced the pages of magazines and novels not to mention the reels of feature length films and television programs. The character of Holmes is that of an eccentric, an absolutely brilliant mind in the body of a slightly unkempt person.

Now in the 21st century we are introduced to Holmes in a new light. He is young, in his 30s with a razor sharp mind and cat-like reflexes. This isn’t your great-grandparents’ Holmes. This is Sherlock, a TV series that takes the classic anti-hero to new heights and on new adventures.

Consisting of three episodes each 90 minutes in length, Sherlock: Season One is an expertly crafted series. The first season features three tales of mystery, drama, and suspense. The first adventure is entitled A Study in Pink and it introduces us to the characters of John Watson and Sherlock Holmes and their eventual decision to share a London flat located at 221B Baker Street. As we get to know the two men and see their relationship unfold, a string of deaths occur and Holmes is summoned to lend his forensic service. Watson is also dragged into the mystery and the fun begins.

The next episode is The Blind Banker and it once again takes Holmes and Watson on another action packed adventure. In this story, a series of murders and a stolen Chinese artifact are linked leaving it up to the two “detectives” to crack the case.

The last episode of the season is entitled The Great Game and features Holmes as he once again must solve a bunch of murders and see what connects them. In this episode we even get the first glimpse of Holmes’ archenemy Moriarty in a nail-biting climax.

Sherlock< is a great show and is very fortunate to star two wonderful actors. First off there is Benedict Cumberbatch who plays the titular character and is a slick youthful and gifted actor. His credits include film, TV, and stage and he is certain to have a rather successful career. Then there is Martin Freeman, another talented thespian who plays John Watson, Holmes’ flat mate and ultimate sidekick.

The writing and direction of these three episodes is superb. Since each episode is 90 minutes long, they truly are like mini-movies. The scenes in which Holmes uses deductive reasoning to solve crimes are by far the highlight of the series. This is achieved by a combination of excellent writing and genius acting.

Since this series was only broadcast on BBC this past summer one can’t help but compare it to the feature length Sherlock Holmes film starring Robert Downey Jr. that was released just a year ago. First off, these two versions of Holmes are very different. Robert Downey Jr. played the character the way Arthur Conan Doyle wrote him. In Sherlock we are shown a revamped sleeker Holmes for the new millennium. He uses technology and sees things no one else does. I personally like Cumberbatch’s Holmes more than Downey Jr.’s.

If you want to see Sherlock Holmes is a new light, this series is for you. He has some of the old recognizable features of the traditional Holmes but has also has some new ones. He is faster, cooler, and most importantly, smarter. This is Sherlock for the modern age and you don’t need a magnifying glass to see that.