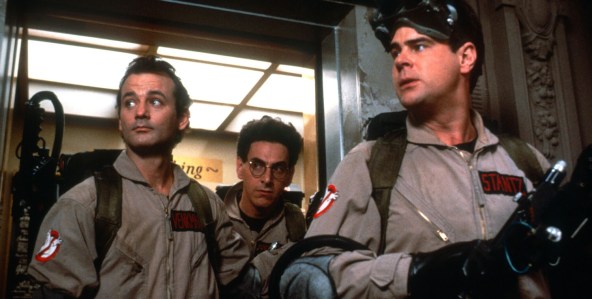 Well, they’re back. The Minions of Gozer have returned for another fun-filled weekend of Ghostbuster-shadowcasting. The venue is the same and so are the performers. Taking place once again at the popular downtown theater, the IFC Center. The Minions of Gozer are a talented group of actors who regularly perform the legendary 1984 sci-fi comedy Ghostbusters simultaneously as it plays on the screen. Think Rocky Horror Picture Show and you’ll have a pretty good idea of what’s in store. This time the Minions are mixing it up a bit for Pride Weekend by calling this show their Gender Bender Edition. The male roles will be played by women and the female roles will be played by men. It promises to be a very interesting weekend, to say the least.

Just in case you’ve been living under a rock in the past two decades, Ghostbusters is a brilliant piece of American cinema. It has spawned a sequel, two animated series, toys and countless other pieces of merchandise. The film is about a group of paranormal investigators who open up shop in NYC and must do battle with an evil entity known as Gozer. Bill Murray, Dan Aykroyd, Harold Ramis, Ernie Hudson, Sigourney Weaver and Rick Moranis all star and it is truly one hell of a film experience.

The Gender Bender Edition will take place this weekend, June 22-23 both shows starting at midnight. There will be prizes, silly string action, cross-dressing and loads of fun. If you are a Ghosthead (Ghostbusters fan) or even just a casual audience member, then the Minions of Gozer are ready to entertain you!