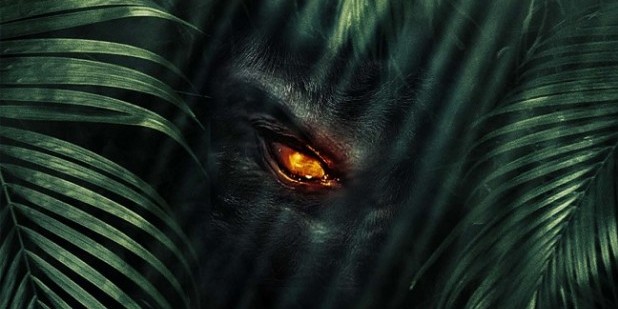 Since 1999, the found footage film category has grown to great heights. It is an entity which manages to take well-known film genres and put a spin on them by making them seem like riveting documentaries. The Blair Witch Project started it all and since then, numerous films have capitalized on this shaky, sometimes gripping film technique. The Jungle is the latest production in the found footage machine and it is a direct-to-DVD film which isn’t exactly great but then again, not completely terrible.

The Jungle is a pretty straightforward story told with a handheld camera and fairly amateurish actors. Larry Black (Rupert Reid) is a dedicated conversationalist who decides to track the elusive javan leopard, a creature on the verge of extinction. His quest takes him deep into the Indonesian jungle where things aren’t what they seem. Soon, he and his filmmaking partner/brother and local guides get themselves into a hairy situation involving a wolf-like animal which soon begins hunting them.

Movies like The Jungle have been made many times before. Predator and Anaconda spring to mind but what separates The Jungle from those horror gems is the found footage aspect of it. The shaky camera does add something new to this tired man vs. nature formula. The audience is given a front row seat to the action and it sometimes feels like you’re actually in the movie. Cloverfield accomplished the same feat and while that film is supremely better, The Jungle does serve as sometimes decent thriller fare.

The Jungle is director Andrew Traucki’s final film in his “trilogy of terror”, a trilogy consisting of 2010’s The Reef and 2007’s Black Water. Each of these films focus on savage beast hunting hapless humans. The Jungle caps things off adequately but that doesn’t mean it’s a good film. It’s actually a sloppy, poorly acted popcorn movie that really offers nothing new but the found footage element. In it’s attempt to scare the socks off of its audience, The Jungle actually drudges up more laughs than anything else. It’s a goof and at times sort of fun, often falling into the category of “so bad, it’s actually kind of good”.

Perhaps, the weakest element of The Jungle is Traucki’s poorly constructed script. It adds nothing exciting to the characters or their uninteresting mission. They are attempting to track an animal for lame reasons, foolishly risking their lives just for the sake of some conversationalist glory. The film’s “hero” Larry, just wants to find this leopard but we are never really given a reason, for honor and money perhaps. He isn’t a very likable character and his motives reflect this.

The Jungle is a found footage horror-thriller which has some appealing parts but doesn’t work that well as a whole. Traucki’s intentions were good here but sadly, they fall short. This is the perfect movie to watch on cable late at night when nothing else is on. It’s mediocre at best and would be right at home being torn apart on Mystery Science Theater 3000.