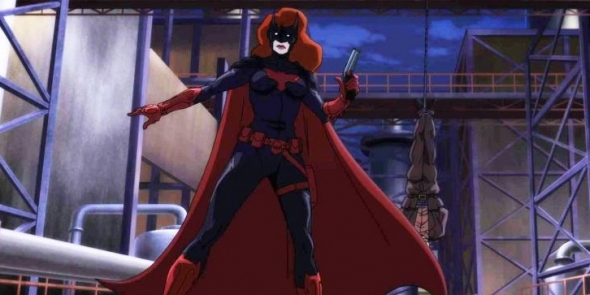 The DC Comics animated universe is something that has thrived for quite some time now. You can trace it back to its true beginnings in 1992 when Batman: The Animated Series made waves on television and established the style and tone of DC’s most interesting and enduring superheroes: Batman. Since then, numerous series and animated films have come, all paying tribute to the Caped Crusader, his legacy, and the 70-year history he has delighted fans and cemented the Dark Knight’s name in pop culture. Batman: Bad Blood is another of the character’s great stories and it has just been released digitally on January 20th, 2016 and will grace Blu-ray and DVD shelves on February 2nd.

The story of Bad Blood is a complex yet interesting one and revolves around a few of Batman’s more interesting characters including Batwoman (voiced by Yvonne Strahovski), Dick Grayson/Nightwing (Sean Maher), Damian Wayne/Robin (Stuart Allan), and of course Bruce Wayne/Batman (Jason O’Mara). Batman has gone missing and it is up to Nightwing and Robin to find him, all the while fighting the usual crime-ridden streets of Gotham City. Batwoman is a new “threat” to the crimefighters, so her presence is seen as potentially harmful. Supporting characters like Alfred, Lucius Fox and Batwing make things interesting and a slew of dangerous villains (Heretic, Talia al Ghul, and Mad Hatter) make things considerably complicated.

Since Bad Blood is an animated film, its most intriguing aspect is the cast, which all lend their unique vocal talents to the proceedings. The beautiful Aussie siren Yvonne Strahovski (Chuck, I. Frankenstein) plays Batwoman excellently, with her cold yet occasionally emotional tone. We get a playful yet stern performance from Sean Maher (Firefly, Serenity) as Dick Grayson/Nightwing, who must briefly take over the Bat mantle. Travis Willingham (Shelf Life, Fullmetal Alchemist: Brotherhood) is terrific as the sinister Heretic and his deep, foreboding voice is more than adequate. All in all, this is a voice cast that certainly knows what their doing and their work here is truly top notch.

Serving as a sequel to last year’s Batman vs. Robin and 2014’s Son of Batman, Batman: Bad Blood is a dark story that explores many crucial themes: family, love, mystery, and of course good vs. evil. Artist/director Jay Olivia (Batman vs. Robin, Man of Steel) has taken the still pages of the comic book and translated them beautifully to film. Each scene feels like it was ripped from the pages and brought to thrilling life. The action is brilliant and so are strongly stylized fight choreography. Olivia is a visual genius and his work on Bad Blood is powerful evidence of this. The same can be said for character designer Phil Bourassa (Young Justice, Justice League: Doom) The DC universe is in good hands if gifted individuals like Olivia are involved. One can only hope the live action realm of DC will bring its stories to life in a way similar to what Olivia and his team have done here. The comic book is the blueprint for the filmmaker and how they transfer those images and inject life into them is entirely up to them. Here’s just hoping that the manner in which they do so pays homage and respect to the original artist’s concept while simultaneously lending their own creative voice.