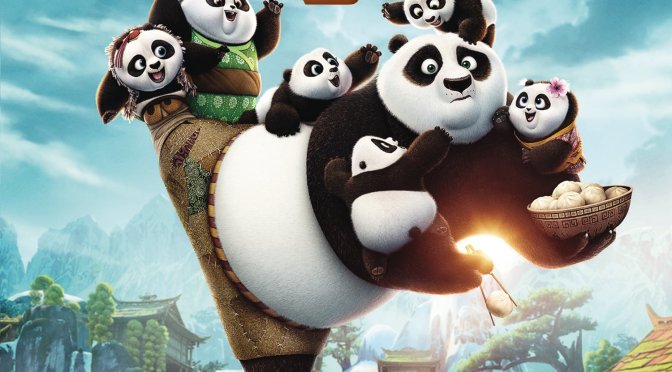 In 1995, eclectic film composer Hans Zimmer won an Academy Award for his sensational score to The Lion King. This accolade then saw a new generation of film music and pushed the German maestro into not only fame and fortune in the movie business but made him a household name and saw the birth of new talents which served as proteges of Zimmer and his production company Media Ventures, now known as Remote Control Productions. Zimmer co-composed the first two Kung Fu Panda scores with student and flourishing composer John Powell, albums which contain not just powerful Chinese musical cues but pieces of music that evoke moments of adrenaline-induced action and gorgeous choir. Kung Fu Panda 3 continues to stir deep feelings of inspiration, power, and togetherness and the album is one of Zimmer’s best animated efforts yet, of which there are quite a few (The Lion King, The Prince of Egypt, the Madagascar franchise, Megamind, Rango, The Road to El Dorado, Spirit: Stallion of the Cimarron, The Simpsons Movie, etc.) One can even say Zimmer has become the “new” John Williams.

In the third installment of DreamWorks Pictures’ Kung Fu Panda franchise, Po (Jack Black) encounters his long lost biological father Li Shan (Bryan Cranston) and the two must train a village on inept pandas to do battle with evil supernatural warrior Kai (J.K. Simmons) and along the way, hilarity ensues. The plot is silly enough for kids and adults will appreciate the somewhat scattered mature jokes and star studded voice cast, not to mention an extremely well-made musical score.

Hans Zimmer’s work here is yet another example of the film composer’s excellent craftsmanship. Animation seems to bring out some of the very best Zimmer has to offer and that is because in animation, anything is possible. “Oogway’s Legacy” opens things up nicely with a great piano solo of Po’s theme. This then bleeds into a Chinese stringed instrument and is followed by “Hungry For Lunch”, the fantastic return of Po and his gang’s theme. The next few tracks are pure Zimmer gold, which are reminiscent of The Lion King and Pirates of the Caribbean like “A New Father”, which is simply sublime and sums up the tone of Kung Fu Panda 3 beautifully.

Tracks 6 and 7 are playful filler score and have that bouncy John Powell feel, including track 8 “The Panda Village” which is arguably the album’s best track. There are shades of James Newton Howard here and is not only laced with ethereal choir and twinkly instrumentation but is soaring and just plain magical. Praise can also be given to track 10 “Jaded”, which actually mirrors Zimmer’s earlier work from films like Toys and Muppet Treasure Island. The next few tracks are uninteresting filler score and are adequate at best.

Things pick up again with track 15 “Two Fathers” and it is very John Powell-ish. There is also simple yet beautiful choir and it feels like a Disney score. Track 16 “The Battle of Legends” is a lively chase cue, which contains Chinese filler and is quite Pirates-esque. In fact, this track is a hodge podge, a very bipolar piece of music that compliments a very crazy visual scene. Track 18 “The Dragon Warrior” opens mystically, then segues into an inspirational cue that will get your blood boiling, a Chinese flute sells it, accompanied by light choir, then Zimmer’s Inception “gongs”, a tad dark score for a children’s film but that’s okay.

Tracks 19 and 20 are gorgeous and keep the momentum going as we soon get treated to track 21 “Kung Fu Fighting (Celebration Time)” which features a spirited remix of the unofficial theme of Kung Fu Panda, “Kung Fu Fighting”. Track 22 “Try” is a bubblegum boy band song, annoying and written purely for children. It was performed by Patrick Brasca and Jay Chou and they don’t do anything to elevate this already terrific soundtrack.  This is then followed by yet another remix in track 23 “Kung Fu Fighting” performed by British band The Vamps, closing a great album in a rather mediocre way.

Hans Zimmer is a truly great composer and he is celebrated the world over for his diverse and powerful music. His work on the Kung Fu Panda films is no different and the third film’s soundtrack is the stuff of absolute legends. This is a fantastic musical trilogy and should be appreciated by not just film score aficionados but by lovers of all things musically. Sadly, it will only reach the ears of Zimmer-heads and parents driving their kids to school in the morning. C’set le vie.