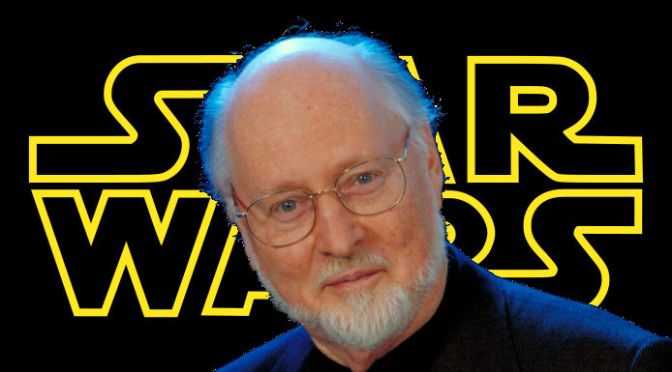 A long time ago in a galaxy far, far away…. John Williams exploded into the film music world. He is the most famous living composer today and he is responsible for some of the most memorable themes and most successful movie franchises of all time. His work on Star Wars alone has made him a powerful figure in the film business and at 84 years of age, it doesn’t look like he’s planning on retiring anytime soon. The New York Philharmonic recently performed some of the Maestro’s works at David Geffen Hall at Lincoln Center in New York and the results were simply out of this world.

Conducted by recognized film composer, in his own right, David Newman (Galaxy Quest, Ice Age), the New York Philharmonic paid tribute to Williams in a way that was not only spot on but utterly spectacular. The evening’s program included pieces from Steven Spielberg classics Jaws, Close Encounters of the Third Kind, Schindler’s List, and Indiana Jones and the Last Crusade. Lesser known scores from Jane Eyre, Memoirs of a Geisha, and Born on the Fourth of July were performed to showcase some of Williams’ non-blockbuster work. The performance ended on a triumphant note, however, with pieces from Star Wars: The Force Awakens, A New Hope and a special bonus excerpt from E.T.: The Extra-terrestrial. Harry Potter and the Sorcerer’s Stone and an extra work entitled For New York were also played.

John Williams is so influential in the film world and his scores, so powerful, that anyone in attendance during this concert was certainly treated to something quite magical. It was refreshing to hear some of Williams’ lesser known works performed even if one usually expects to hear the bombast of say, Superman, Hook, or Jurassic Park. Those scores have been represented well in the past and with more scores being churned out every year by this master film composer, I think we are all in store for many more performances to come.