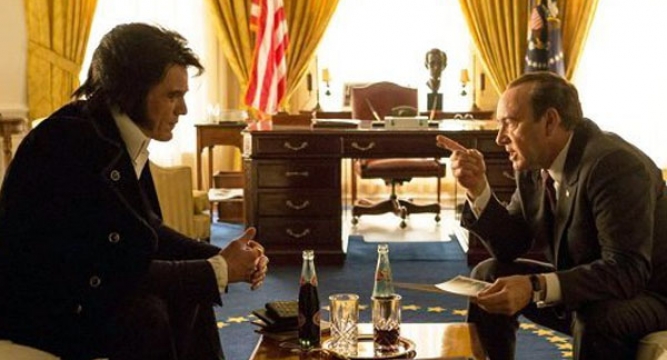 Throughout American history, there have been many odd moments. Stories that are so off the wall, that they simply seem like pure fiction. One such moment occurred at the White House on December 21, 1970 and it revolved around two of the nation’s most popular figures. Elvis & Nixon is the strangely mixed account of a meeting between two figures that one might never expect to meet. It is a fun dramedy that “depicts” the events leading up to and surrounding one of history’s most bizarre encounters. The brilliant Michael Shannon and Kevin Spacey portray The King of Rock and Roll and 37th president of the United States respectively and the results aren’t just funny but rather deep and absorbing.