The Wiz is one of entertainment’s greatest and most beloved treasures. Not often does a musical come along that takes a classic story and gives it a spin that is both energetic and incredibly fun but this one does. 1974 saw the first performance of The Wiz and over the years, it has developed a strong cult following, including a popular film in 1978. With an all black cast which included music legends Diana Ross and Michael Jackson, it is an extremely fun adventure and the soundtrack is something to marvel at as well. In 2015, NBC brought The Wiz back over three decades later, and audiences have recently been treated to a live performance that will linger in your memory for quite some time afterward. The source material and most of the music remains the same and once again, we are taken on one heck of a journey.

END_OF_DOCUMENT_TOKEN_TO_BE_REPLACED 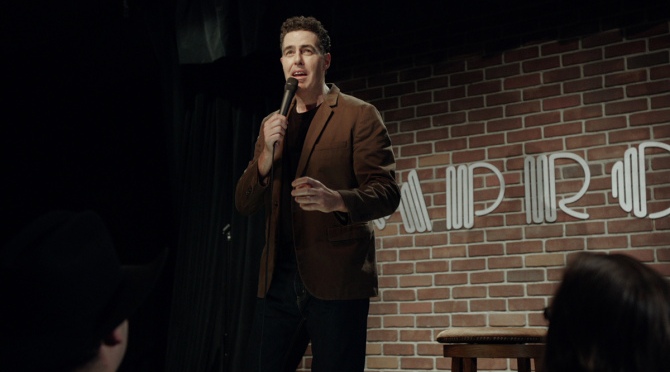 Stand up comedy is a tough profession to find success in.  Many brave souls have tried and many  have failed. For many, it’s just a job but for some, it’s a career and those who can find success in it, well all the more power to them. Adam Carolla is one such individual and he has been in the game for over two decades now. In addition to his stand up, he has had numerous television shows including The Man Show and Loveline. He has made it big on radio and in podcasting. He’s even authored a few books. But for purposes of this review, we will be focusing on his new film Road Hard, which isn’t a straight up autobiopic but a bittersweet look at the lifestyle of many stand up comedians. It is a film that doesn’t just present comics in a goofy light but strips away the fame and money to reveal a more personal and humanistic story.