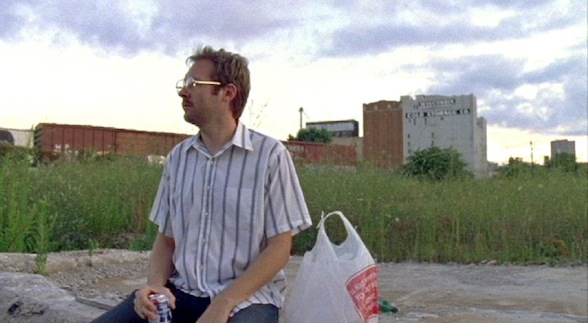 In 1991, serial killer/sex offender Jeffrey Dahmer was arrested and sentenced for the murder of 17 men and boys. Not only did Dahmer murder his victims but he also raped, dismembered and engaged in cannibalism. He was a true animal and his heinous treatment of his victims is solid proof of that. A documentary film The Jeffrey Dahmer Files a.k.a.Jeff was made to explore Dahmer and allow audiences a look into the investigation.

Jeff is a well-made documentary which combines dramatic re-enactments, archival footage and interviews of people involved with the Dahmer case. Dahmer is played by Andrew Swant (William Shatner’s Gonzo Ballet) in a brilliant re-enactment of the infamous serial killer’s life. The scenes of Dahmer are eerie and realistic. Swant definitely nailed the role. These scenes are mixed in with actual photos and footage caught by the Milwaukee police. They flow perfectly into one another.

Another key element of Jeff are the interviews of three important people in the Dahmer case. First there is medical examiner Jeffrey Jentzen. Next is lead detective Pat Kennedy and lastly, Dahmer’s next door neighbor Pamela Bass. These three individuals shed light on the case and provide for a truly fascinating look into the Dahmer investigation.

Jentzen is very analytical and scientific. His interview is one full of gritty details and harsh reality. He talks about the manner in which the victims were cut up and how their are bones and body parts all over Dahmer’s apartment, primarily in his refrigerator. The horrific nature of the way Dahmer kept his victims is pretty graphic but interesting to hear about.

Kennedy provides a bit of humor and lightheartedness which is odd for a detective assigned to the Dahmer case. He is definitely the most interesting of the three people interviewed. His goofy demeanor and direct way of speaking definitely places him in a category all in his own. It’s so strange that such a easygoing, charismatic individual was assigned to interrogate and draw out information from such a sick, vicious killer.

Lastly, there is Pamela Bass, who has a history of drug use but is clean and sober now. She lived right near Dahmer and interacted with him the most. One might say she was his best friend. Her testimony is straightforward and helpful in exploring what kind of person Dahmer really was.

Jeff is a docudrama which digs deep into the Dahmer case. It is a film rich with horrific details and at the forefront, a man who seems ordinary but in reality is far from it. Dahmer was psychotic but he hid this fact very well. He also hid body parts all over his apartment. Swant’s portrayal of Dahmer is absolutely brilliant. He looks and sounds like a timid hipster but sadly, he has a head full of bad wiring.

The re-enactment footage mesh beautifully with the real footage and the interviews sprinkle an extra bit of realism over the proceedings. Jeff is an extended investigation of the Dahmer case. Most people know about the dismemberment and cannibilasim but few know or can even sympathize with the notorious killer. The scenes of him walking about town, purchasing items, taking the bus and drinking beer at home appear as though this is the life of an innocent man. This is definitely not the case. This innocent shell contains a monster within, a monster who not only murders his victims but cuts them up and stores them in his fridge.

If you are in the mood for a film which not only deals with a notable figure in American history but does so in a way that is smart, engaging and slightly humorously, do check out Jeff. It is intelligent and entertaining, two factors which should be the bedrock of any documentary. You will learn something and will probably not be able to look inside your refrigerator the same way again.